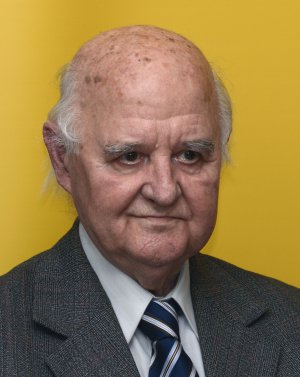 He graduated at Eötvös Loránd University in history in 1953. Subsequently he became the associate of the library at the Faculty of Humanities and then the lecturer at the Department of Modern and Contemporary History and he earned his candidate/PhD degree in 1968.

He was the head of department from 1978 to 1995 and the dean of the Faculty of Humanities from 1979 to 1982. He was the head of the Hungarian Historical Society from 1992 to 1999 and the member of the Hungarian - Austrian, Hungarian – French and Hungarian – Polish historian joint committee, the MTA (The Hungarian Academy of Sciences) Committee on History, the Acta Historica Academiae Scientiarium Hungaricae, the member of the editorial committee of the Historical Review. His main area of research is the International Relations of the 19th and 20th century. He is the author of about a dozen monographs; his latest book was published in 2001, with the title The foreign policy of the Austro-Hungarian monarchy.